Today on ShadowSpinners Press Elizabeth Engstrom is here to share a snippet from her story featured in ShadowSpinners: A Collection of Dark Tales and to answer a few questions about her influences and writing in general.

First up, the excerpt:

FOR SOME REASON, AS CLAIRE TRUDGED to work early on a Tuesday morning, instead of keeping her eyes straight ahead—or down on the cracked and pitched sidewalk to make sure she didn’t trip—she looked left, down Second Street.

Second Street dead-ended at the Plant, and there, on the weedy lawn filled with dandelions, a man sat on a folding chair, his face held up to the early morning sun.

Scandalized, Claire pulled her sweater tight around her bony ribcage and hurried on to work. “Looney,” she muttered.

The next day, Claire didn’t need to look, and she knew she shouldn’t have, but her eyes betrayed her as she hustled across Se-cond Street, and she chanced a glance.

He was there, and this time there was a second chair, an empty chair, next to him.

This looked like an invitation, and Claire started to walk quickly toward her job in the zipper factory, where she had worked for dec-ades, and knew everything about her job there was to know. She was comfortable in her little apartment, she was comfortable doing her job, and except for the days when the weather made it dangerous to walk the six blocks to work, her routine suited her.

But now this man and his apparent invitation bothered her, so much that she thought about him at work and wondered why he would sit so close to the Plant with its ominous blank gray concrete walls, and before she knew it, she cut a zipper one centimeter too short. The eye in the ceiling saw it immediately and dispatched a drone to escort her upstairs.

“Your mind is not on your work, Claire,” the supervisor said.

Claire kept her eyes on the toes of her shoes. She didn’t like looking at the supervisor. For one thing, his facial features were dis-proportionate in a very unattractive way, and he continually twirled a rubber band around his fingers which made her nervous, and for another thing, she didn’t want him to think she was insubordinate.

“It’s not just one zipper, Claire,” the supervisor said.

She wished he wouldn’t say her name. She didn’t want the sound of her name to come from his ugly mouth.

“We don’t want it to become a trend. We don’t want this to be the first of a whole series of accidents and mishaps, do we?”

“Is something bothering you? It’s my job, you know, to help people who have troubles. We don’t want people with troubles work-ing here at Worldwide Zipper.”

“No, sir, no troubles. I just lost my concentration for a moment.”

“A moment is all it takes, Claire,” he said, only this time he put some kind of a weird drawn-out accent on her name, to make it sound like he was mocking her. She feared she would hate her name from this moment on.

“Back to work!” he commanded, and the door opened and the drone appeared at her side.

Chagrined, Claire returned to her work station and made cer-tain she measured correctly for the rest of the day.

The next day, she woke up to a light rain, so she dressed warmly and carried her compact black umbrella, but once again, she could not keep her eyes to herself, and as she glanced over, the man was sitting next to the tall fence that surrounded the Plant, a huge color-ful umbrella covering both him and the empty chair next to him.

He smiled at her. She could see his teeth, even two blocks away, a sure sign of lunacy. Heat flushed through Claire’s face and she hur-ried on to her job, vowing to take a different route home and find a different way to work the next day that didn’t provide such uncom-fortable temptations as to look at the crazy man sitting in the weedy lot next to the razor wire fence.

But it wasn’t the man who troubled her all day at work, it was the empty chair, the quiet, peaceful invitation to join him sitting there in the weeds, smiling, next to the wall of the Plant. What could he want with her? What could he be thinking and doing over there all by himself, with a chair that just anyone could come along and sit down in?

By the end of her workday, Claire had begun to worry that someone else would be sitting in that chair the next morning.

She got up early, hesitation in every action, but worry that someone else would be sitting in her chair gave her purpose. Filled with worry and anxiety, she left her apartment and strode toward Second Street.

What was the first piece of dark fiction that really resonated with you? Or alternatively, what story or book do you feel has had the most influence on your career as a writer?

As a youngster, I easily fell in love with Star Trek, Twilight Zone, and before that, the weekly Shock Theater. I wrote my first novel when I was 8, about telepathic twins fighting robots from outer space. I knew at that time that someday I would be a published author. I knew I would eventually see my name on the spine of a novel. When I was about twelve, I spent the entire summer in bed, wearing my swimsuit, reading everything I could find by Rod Serling, Robert Heinlein, Edgar Allan Poe, Edgar Rice Burroughs, Ray Bradbury, and more. I was a reading machine, devouring whole shelves at the local library. I only got up to go back to the library for another load of books. I liked where these books took me, to Mars, to Pellucidar, to the House of Usher. I loved being swept away into new lands and territories, confounded by the problems the characters encountered.

I always aspired to be a working writer, and have been fortunate in my career, to do just exactly that.

Of your own work, what is your favorite?

This is a tricky question, because the answer is always “the one I’m currently working on.”

Do you have any advice for the up-and-coming author?

Do the work. Write on a schedule, whether it’s ten minutes a day or an hour a week. Jealously guard that time and use it well. Learn the craft. You will only learn to write by writing, being edited, and rewriting. Join a writing group. Join an organization for writers, and attend local, regional, national and international conferences and conventions. Soak it up for a couple of years, and then go home and write. And keep writing.
What’s next up for you?  Any books or stories coming out?

My nonfiction book How to Write a Sizzling Sex Scene just came out as an e-book, and will be released as an audio book by the end of November. Baggage Check, my latest thriller, is currently both an e-book and an audio book. In fact, now almost all my back list is available as e-books and in audio.

A movie, CANDiLAND, based on my book Candyland, has been produced by a Canadian company and should be released next year. Candyland is available as an e-book and in audio.

I’m currently working on a couple of interesting projects, one very ambitious one, with a collaborator that I’m very excited about, but I’m not ready to talk about it yet.

Elizabeth Engstrom is the author of fourteen books and has over 250 short
stories, articles, and essays in print. She is a sought-after teacher and
keynote speaker at writing conferences, conventions, and seminars around the
world. She has a BA in Literature/Creative Writing, and an MA in Applied
Theology, both from Marylhurst University. Her most recent nonfiction book
is How to Write a Sizzling Sex Scene, and her most recent novel is Baggage
Check, a thriller. She lives in the Pacific Northwest with her
fisherman-husband and their dog where she is on the board of directors for
Wordcrafters in Eugene. She teaches the occasional writing class, puts her
pen to use for social justice, and is always working on her next book. Learn
more at www.elizabethengstrom.com 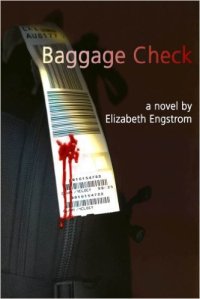 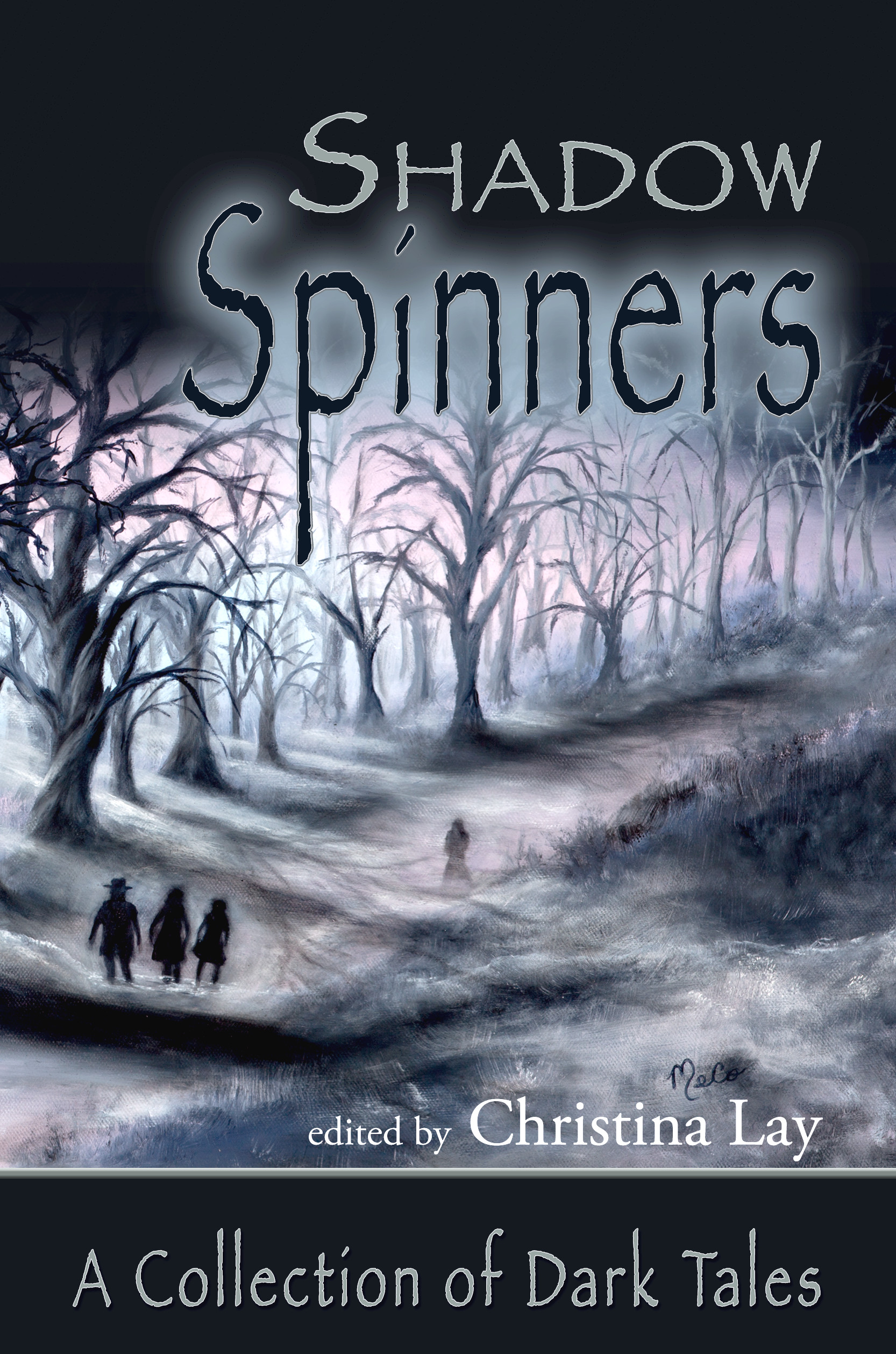 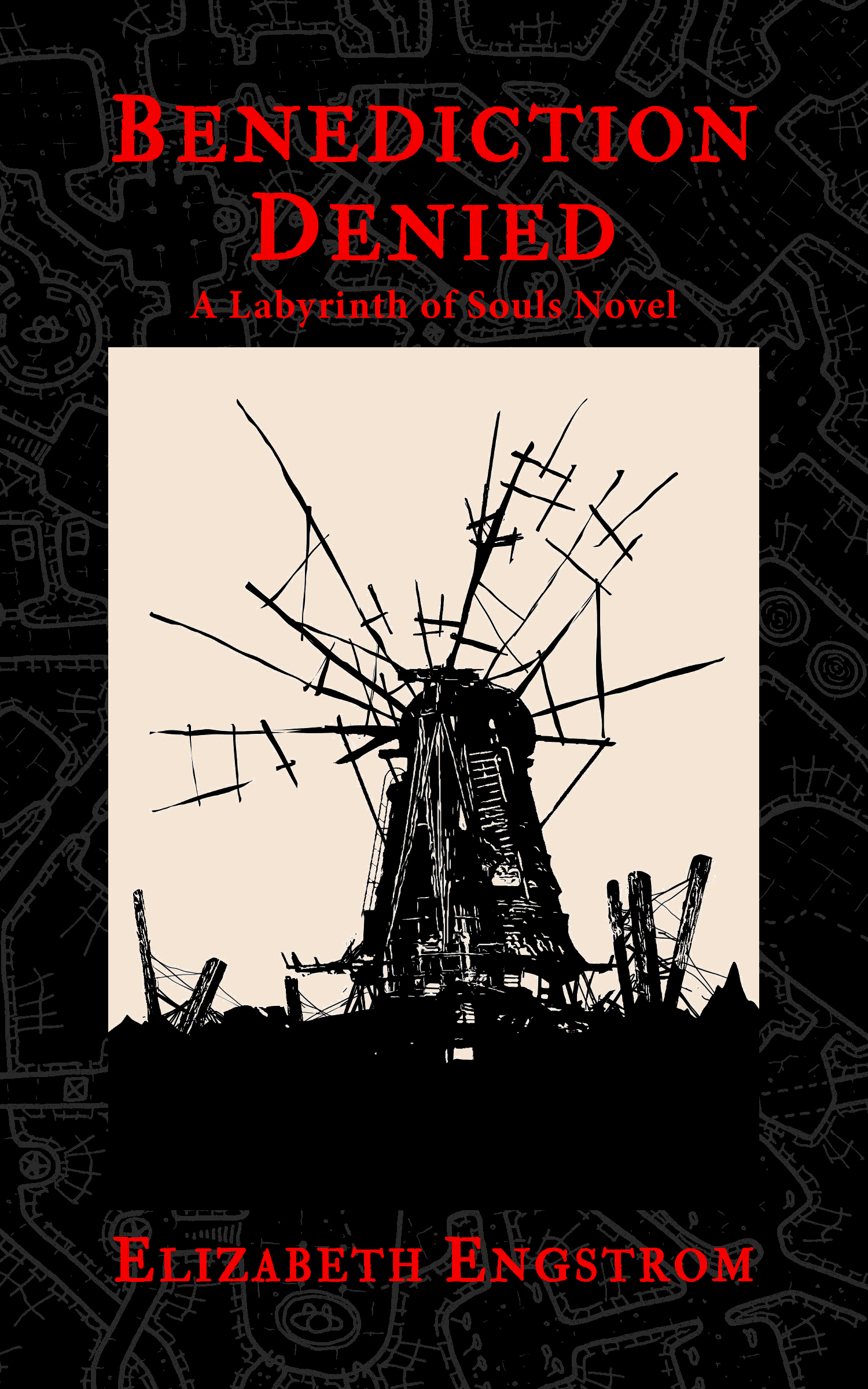 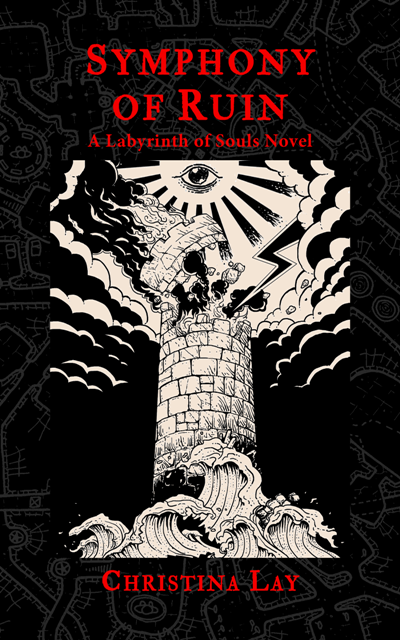 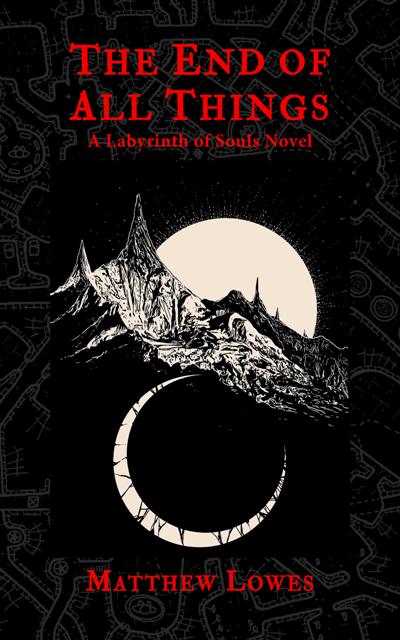 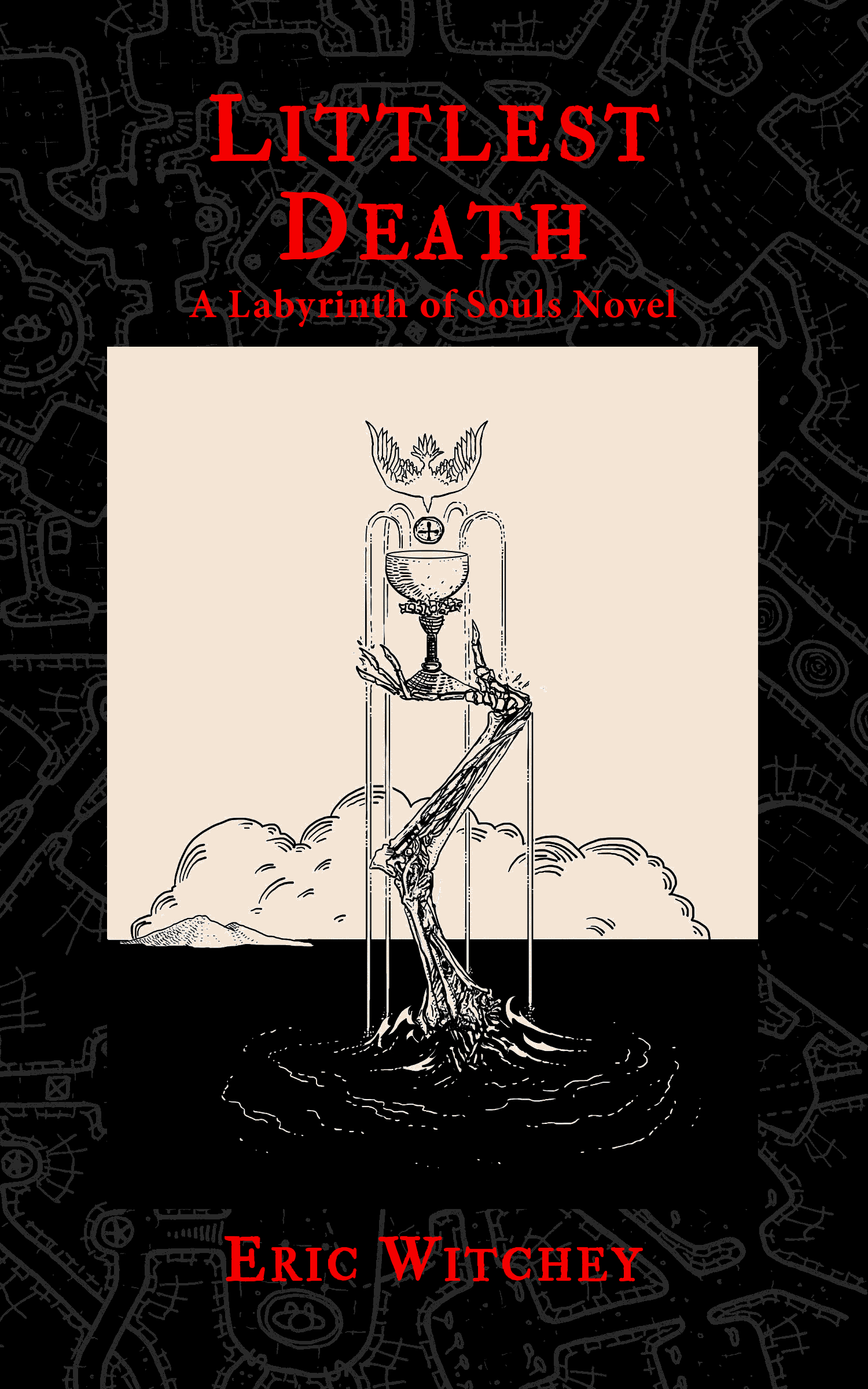 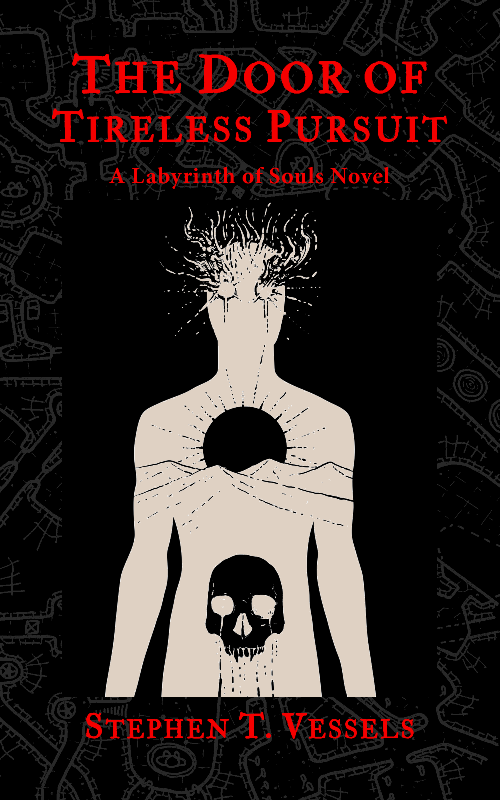 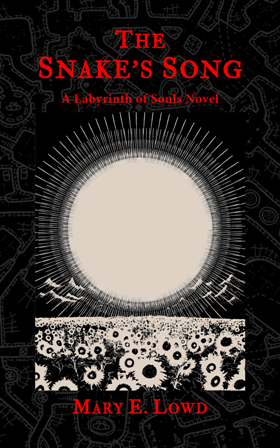 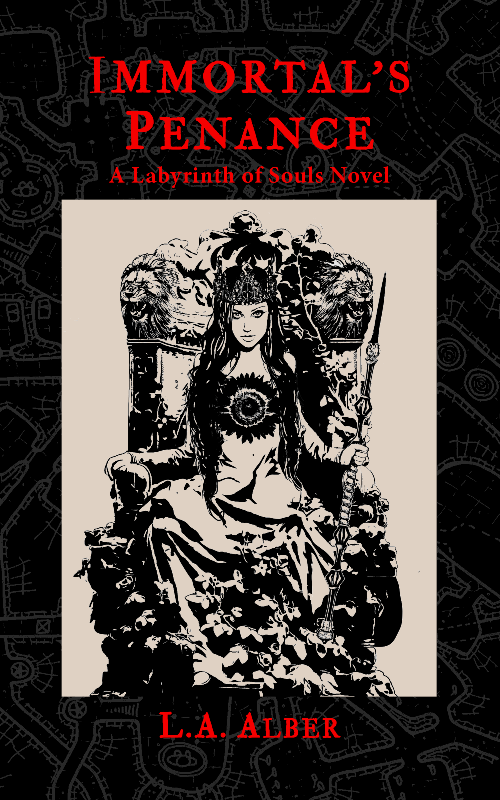 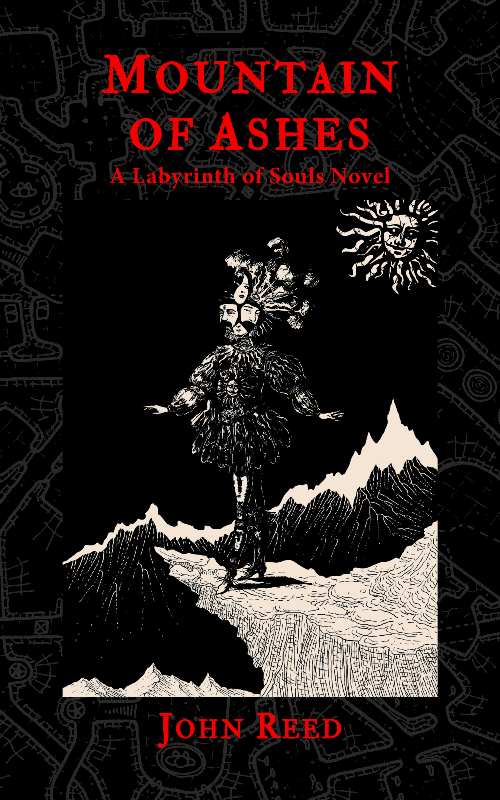 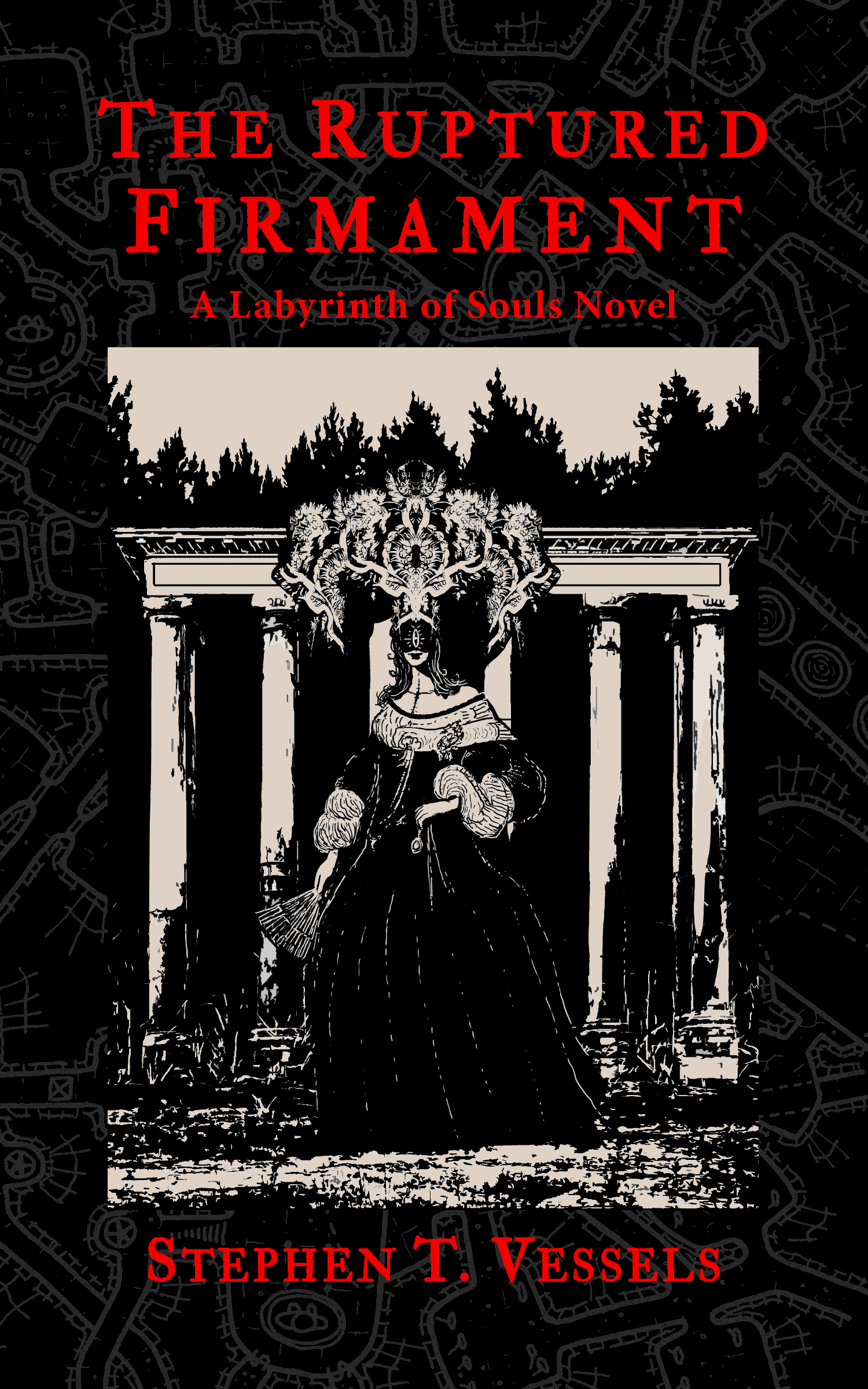